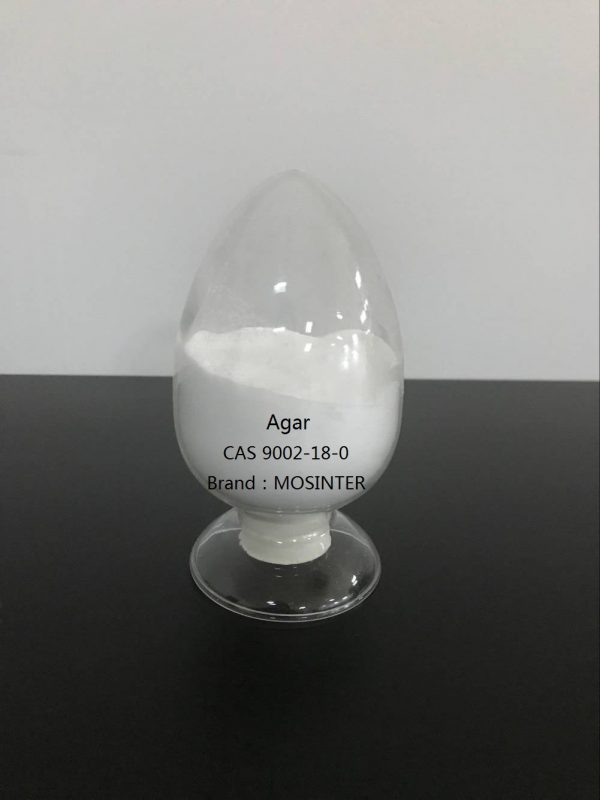 Agar  is a gelatinous substance, obtained from algae and discovered in the

late 1650s or early 1660s by Minoya Tarozaemon in Japan, where it is called Kanten.

Agar is derived from the polysaccharide agarose, which forms the supporting

structure in the cell walls of certain species of algae, and which is released on

boiling. These algae are known as agarophytes and belong to the Rhodophyta

the linear polysaccharide agarose, and a heterogeneous mixture of smaller

Throughout history into modern times, agar has been chiefly used as an ingredient

for microbiological work. Agar (agar-agar) can be used as a laxative, an appetite

ice cream, and other desserts, as a clarifying agent in brewing, and for sizing paper and fabrics.

of some species of red algae, primarily from the generaGelidium and Gracilaria. For

commercial purposes, it is derived primarily from Gelidium amansii. In chemical

terms, agar is a polymer made up of subunits of the sugar galactose.